More than a year ago I set myself a future programme of blogs. The schedule called for one new blog a week. I had a ‘brain-dump’ and over a day or so I found about 400 potential topics and subjects. So far I have managed to stick to the list pretty-much only changing to include breaking news or current affairs. So here we are with this weeks blog, number 67 on the list, scheduled to be all about ‘The Scottish Colourists’.

The trouble is that I don’t know much about them. Sorry.

Originally during the brain-dump I set myself the subject because I have been an admirer of several current Scottish landscape artists who use attractive strong vibrant colours. Here are some names; Hamish MacDonald, Scott Naismith, Gillian MacDonald, Pam Carter, Archie Dunbar McIntosh, and David Smith.

I thought that was what the term ‘Scottish Colourists’ referred to. Wrong!

So, now that I have looked the term up, I find that it is actually all about just four artists born over 100 years ago in the 1870’s. Here are some more facts and opinions that I found online about the real and original Scottish Colourists.

The term ‘Scottish Colourists’ refers to four painters, S. J. Peploe (1871—1935), J. D. Fergusson (1874—1961), G. L. Hunter (1877—1931) and F. C. B. Cadell (1871—1935). This collective designation, however, was not coined until the late 1940s, by which time three of the principle artists – all except Fergusson – were dead, and has only recently achieved widespread currency. The designation ‘Scottish Colourist’ is also misleading, suggesting an artistic unity of purpose and collectivism, which does not accurately describe the tenuous relationship between the artists or the heterogeneity of their collective output.

The term in other words tends to obscure the wide variety of stylistic influences and approaches developed and employed by the artists. Regardless of what the collective appellation may suggest, the four artists were not a particularly close-knit group, neither did they work collaboratively towards a common goal. During their lifetimes the artists only exhibited together three times, and each of them developed individual methods, characteristic styles and divergent approaches to a wide variety of subject matter.

All of the artists were born into comfortable middle-class Scottish families; Peploe, Fergusson and Cadell in Edinburgh and Hunter, whose family later emigrated to California, was born in Rothesay on the Isle of Bute. The artists were all born in the 1870s, a decade in which artistic activity in Scotland was thriving; the exhibitions at the Royal Scottish Academy were showcasing increasing numbers of canvases by ever more artists, and Glasgow was growing in importance as an artistic centre in its own right. During the 1870s and 1880s historicism, scenes of rural life were the backbone of Scottish artistic production. During the artists’ formative early years in the late 1890s, the ‘Glasgow School’ was in its mature phase, alongside the continuing prominence of a Realist strand in Scottish art which favoured the depiction of quotidian rustic scenes with a direct, lyrical straightforwardness of vision. Three of the artists undertook their preliminary training in Edinburgh; Peploe and Fergusson enrolled at the Trustees’ Academy, and Cadell attended the Royal Scottish Academy Life School. All three artists however, were disenchanted with the conservatism of the syllabus taught by these institutions. All three emerging artists looked instead to the very different artistic and cultural milieu of Paris for inspiration.

All of the artists absorbed, without slavishly appropriating, the influence of disparate French painters including Manet and the later Impressionists, Cezanne, Matisse and the Fauves. All of these influences subtly shaped their output; but they also drew heavily on their Scottish artistic heritage. Their common interest in subtle modulations of light and shade and the capturing of intangible atmospheric effects through painting en plein air derived from the Impressionists. Their distinctive planar brushstrokes and interest in crisply structured compositions derive from Cezanne and the expressionistic possibilities of bold and brilliant colouring developed by Matisse and the Fauves is in evidence throughout their works. Despite these shared influences however, each of the artists developed their own distinctive styles. …. end quotes

They are interesting are they not?

The modern day artists that I admired and liked who drew me into this will have to wait until I write about them another time. But we can see where the original four have influenced modern Scottish landscapers.

So, thanks to them.

Here are some of the original Scottish Colourists works. 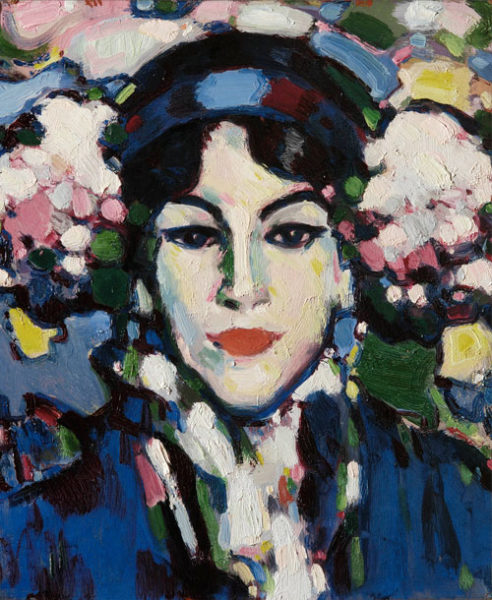 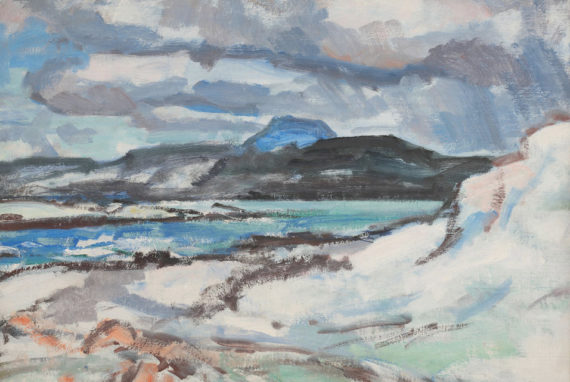 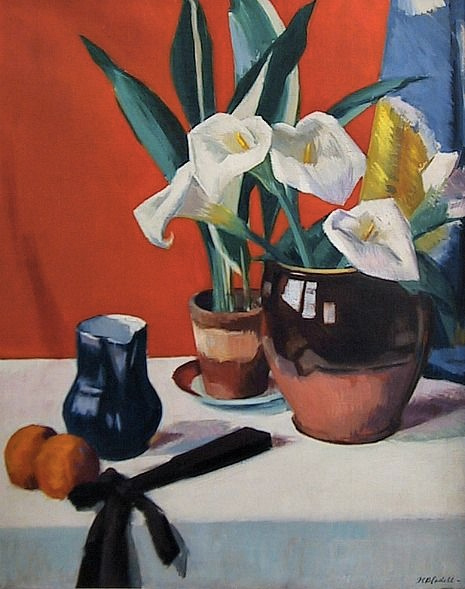 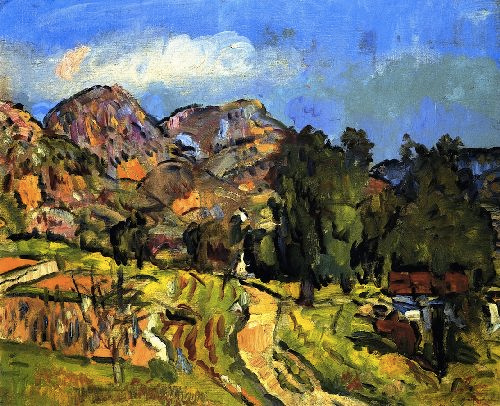 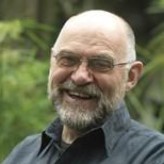