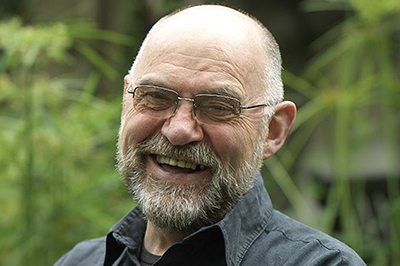 Colin Ruffell was born in 1939, then he was bombed, evacuated, educated, expelled, repatriated, married, bred, qualified and taught; until in 1965, aged 26, he became a professional artist. Since then he is proud and happy to have survived.

He qualified from two Art Colleges in painting, design and printmaking, and the Open University in psychology and aesthetics, plus he has a reasonably clean driving license. He has founded, led or organised the following; Spectrum Studios, Artists in Action, Bayswater Road Artists Association, 9-Plus Artists Group, Buckingham Fine Art Ltd., Brighton Artists Workshop, European Fine Art Ltd., The Fine Art Trade Guild, The Fiveways Artists Group, and Crabfish Ltd.

He likes cooking, drinking, eating, playing with his grandchildren, and talking about the archeo-psychic ego state or biological determinism, and he also goes bird watching. He has been a pioneer of changing techniques for artists. In the early sixties he was one of the first British art-students to use the then revolutionary medium of artists acrylic paint, and he has been a consistent advocate ever since. In the nineties he spotted the potential of giclee printmaking, and the Internet as exhibition space. His enthusiasm led The Fine Art Trade Guild to choose him firstly as a Court Member and then as Chair of The Guilds Printers and Publishers Committee, and in 2008 worldwide members of the Guild elected him to be ‘The Master of The Guild’, where he is involved in setting worldwide standards for the fine art industry.

His pictures are varied. He paints in many styles. Some images are childlike and amusing, others are traditional landscapes, and yet more are complex modernist abstract relationships of colour, texture and shape. He claims that he paints in explosive bursts, necessarily punctuated by long spells of getting ready or recovery from the last effort.

See all artwork by Colin Ruffell